By Payton Hudson and Cecile Murdock

Video of the project here.

Throughout the entirety of the trip, we donate a certain amount of money to every school we travel to in order to improve the lives and structures of the communities, which allows them to start or continue projects that work towards that improvements.  Where we get that money is from the trip fees and the fundraising we did prior to the trip.  Some of the money from this year was also used to build a cafeteria, kitchen, and cement sidewalk for the Satellite School in Ban Yang Kaeo, a small village thirty minutes outside the city of Omkoi. 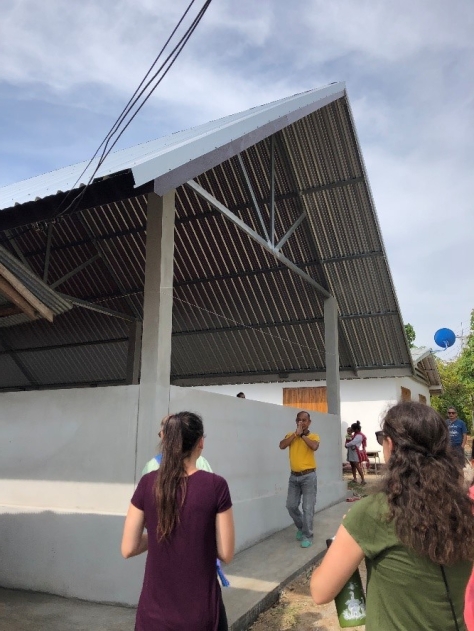 The Ban Yang Kaeo and surrounding villages are one hundred percent Karen communities. At the Satellite school, the majority of teachers do not speak Karen. Therefore, the students must learn Thai in addition to English. These immigrants are under cultural scrutiny by the Thai people to conform to their religion and way of life, but the Karen don’t necessarily want that and remain resilient. 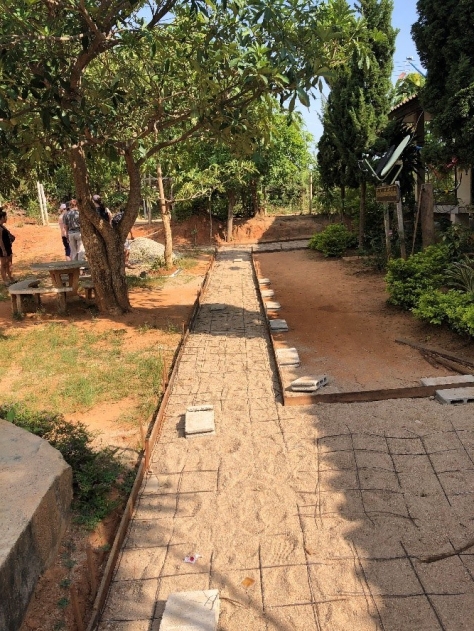 There are not a lot of resources available at the Satellite School village.  For example, the families who live in the village’s monthly income is about $60 USD or 2,000 baht. The school gets money from the school district, but otherwise does not have much funding.  They have 20 baht (67 cents) per day for each student to eat lunch and do not have a lot of left over money to save for big projects, such as building a new cafeteria. 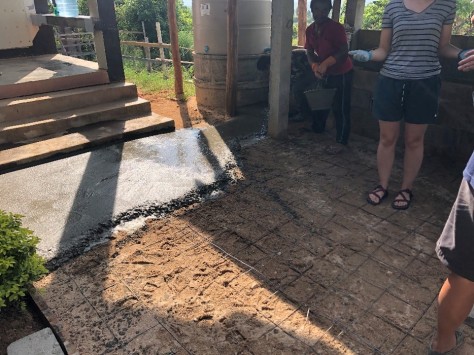 When Peter and Noi visited this school last year, the weather turned south and it started pouring rain.  They found that the dirt path leading from the classrooms to the cafeteria had previously turned into a mudslide causing the children’s shoes to get covered in clay as they walked along the path.  That’s when the idea for a cement walkway from the classrooms to the cafeteria came into fruition. 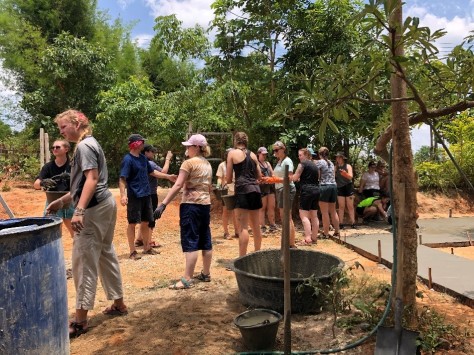 Starting in the early morning, Westminster students, combined with a couple Karen construction workers, mixed concrete from sand, cement, water, and rocks by hand and poured the mixture onto the dirt path inlaid with rebar to provide extra support.  This will ensure a safer and easier path for the students to walk on. This project helped build a better relationship between the Satellite school and Westminster college and is one step closer to creating a more sustainable community for the villagers of Ban Yang Kaeo.