By Caitlin Johnson and Gaeble Jones 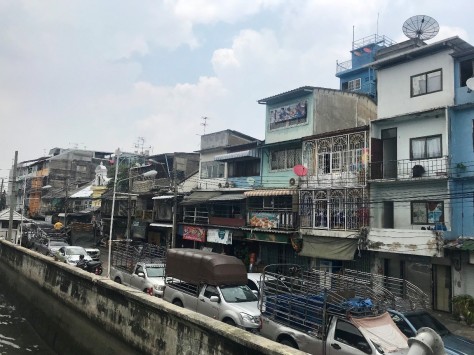 While in Bangkok, Thailand we noticed that it has unique buildings and architecture compared to places within the United States. This photo is from an area near the Pak Khlong Market. This is a market that is off of the river called Chao Phraya. I found the buildings to be interesting because of the way they are stacked on top of one another. Bangkok is a very large city and it seems that they are able to fit so many things into one building, or a set of buildings. It is hard to distinguish in some areas what are peoples’ homes, and what are businesses. In many areas it seems to be both residential and commercial. 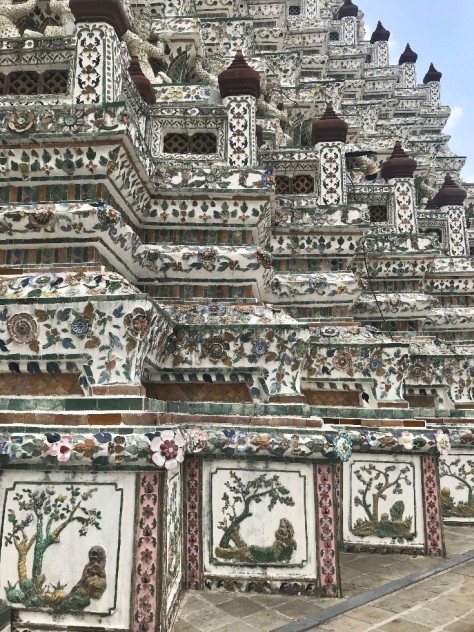 Another architectural interest was Wat Arun.  Wat Arun is very different and unique from other temples within Bangkok and other areas of Thailand. It is different from other wats in Thailand because of the way it was built and the decorations along it. This temple was created in the Ayutthaya period. It was then restored later under the ruling of King Rama II. The structure is unique in the way that it is made from any different colored porcelain tiles and seashells. Around the wat you will also see many statues, and towers that stand very tall. Wat Arun is like nothing I have seen before and it is a beautiful piece of architecture that is unique to Thailand. 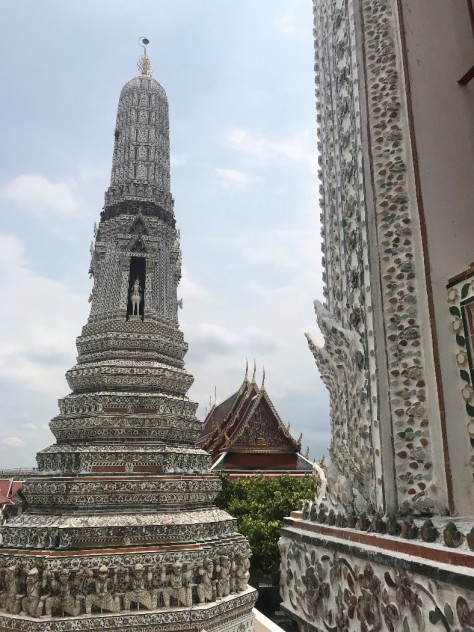 An experience that was very interesting was being able to have multiple opportunities to have a rooftop view of Bangkok. It was amazing to be able to see all of the different buildings from so high up. It gives you more of a perspective on how large the city is and all of the different types of buildings and architecture there is throughout the very large city of Bangkok. 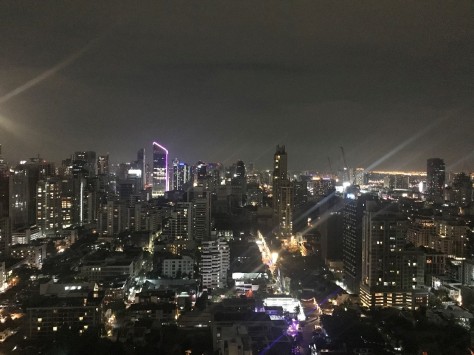 In this picture you can see a portion of the roof that allows people to walk across while seeing the city below them. This architectural style is usually done in big cities such as Dubai, Bangkok, New York, etc. It is different than anything we would see in Salt Lake because it’s structure is used to showcase the activity and life of the city surrounding it. In Bangkok especially, the nightlife is unlike I have experienced before. I would be curious of the view of everyone living their individual walks of life below me and that isn’t something you can find in smaller cities like Salt Lake. 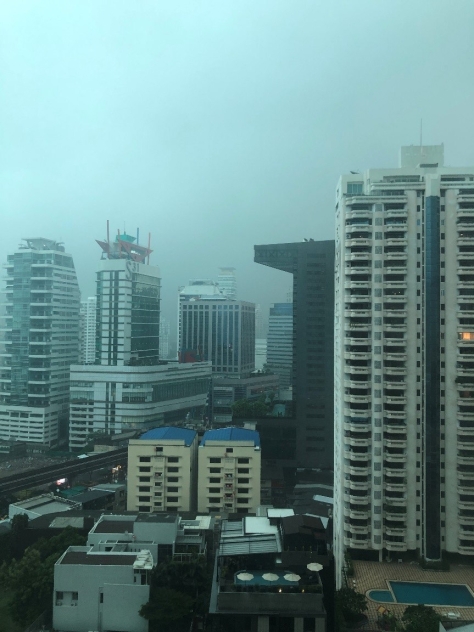 This building stood out to me as unique because, while it is still in the process of being built, it is a high rise building and stands above others around it. At the top you can see a staircase style leading up the side of it. Another tall building near it is completely straight and normal looking until you get to the top where the last 1/4 of it is slightly tilted crooked. These buildings are landmarks to figuring out where you are, such as the capitol in Salt Lake, and stand out because they are taller than the ones surrounding them. It’s cool that changing the way these industrial buildings look, even though they serve basic functional purposes like offices, is something that Bangkok values as an ever growing city. 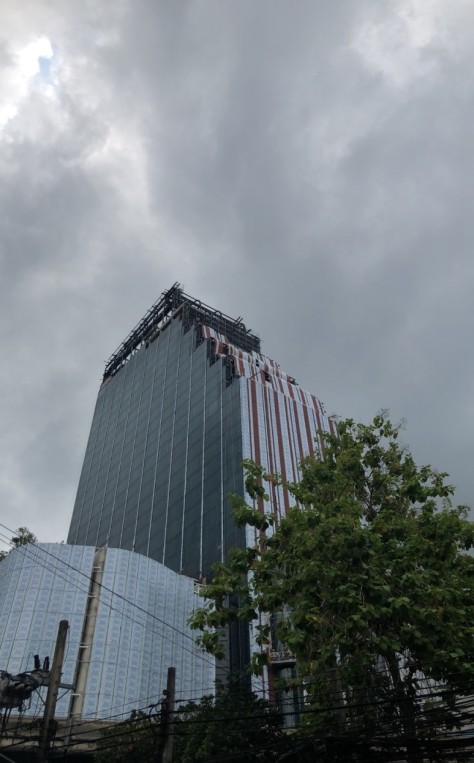 The sky train was another big difference I noticed in comparing Bangkok city structure to Salt Lake. In Salt Lake we don’t have any sort of public transport that even competes with the scale of the sky train. Our most similar resource would be the Trax transit system which runs only from Draper to downtown. The sky train, however, is built to carry a tight load of passengers all throughout the city and into residential outer city areas. This makes taking the sky train easier than trying to fight traffic when getting to work in the city, so many Thai people who love in Bangkok opt to not have a car. This is also more beneficial to the environment on a small scale impact level by teaching people to rely on carpooling and public transportation. 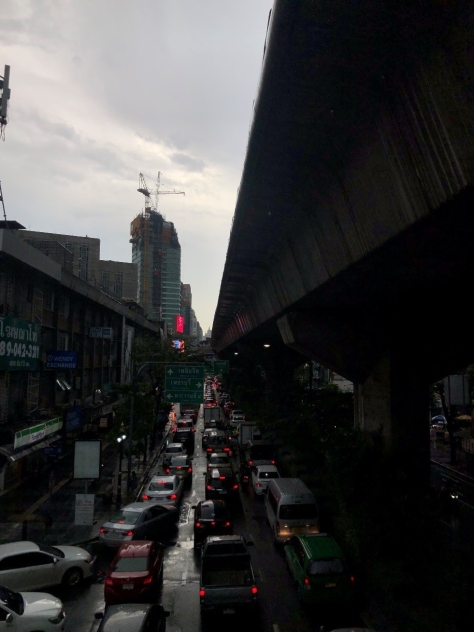