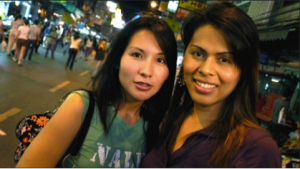 The term “transgender” is rarely used in Thailand. Instead, the common term is, “Kathoey” which was once used to define intersex people, human beings who were born with ambiguous genitalia. Kathoey have become entirely common in Thai society, like everyone else, they go about their daily affairs: shopping, meeting with friends, using public transport, visiting the temple.

It is important to outline the beliefs of Thai-Buddhism to relate it to kathoey in Thailand. In Buddhism, there are 4 genders, not only male and female, but also bhatobyanjuanaka and pandaka.

Bhatobyanjuanaka originally translated to intersexed, but has now become the common interpretation of kathoey, though there still isn’t an adequate translation of this word. Many later texts would include in this category that people who are not physically intersex may be mentally of another gender, i.e. someone in a woman’s body may feel like a man on the inside.

Pandaka is a little more complex in that in the earliest texts, meant that person belonged to a socially stigmatized class of gay men that dressed as women. However it is still open to which interpretation is the “right” one.

The belief in the existence of more than two sexes and modern interpretation of “bhatobyanjuanaka” could be the one reason for the accepting attitude of the Thai-society towards kathoey. In Thailand, the branch of Buddhism practiced is Theravada Buddhism, which believes in the existence of spirits. They believe in the communication between human beings and spirits that either a female human contacts a female spirit and a male human contacts a male spirit, but in being born as a kathoey, one is comprised of two genders at the same time. Instead of a communication between two, the kathoey person can contact both male and female spirits, leading to more prestige in the Thai-society.

Buddhist teachings also hold that the circumstances we live today are the product of the ways in which we lived our previous lives. Another concept behind kathoey is the result of karma – in particular one was born kathoey as a consequence of some sexual misdemeanor in an earlier life or lives or that they failed to fulfill an expected role in the reproductive process, such as a man not caring for a woman who is pregnant by him. Whatever the reason, it is important to note that the common belief says there is no escaping from the karmic consequences, everyone has been kathoey at once in previous lives and will be again in future ones, thus kathoey should be treated with compassion.

Kathoey acceptance in society depends on the area in which they live. In the bigger cities, it is more normalized to be kathoey. In more rural villages, treatment of kathoey is described as tolerance than acceptance. It is important to note that while acts of violence against the kathoey based on their gender is very rare, especially in comparison to trans violence in other countries including the US, it does still occur. Kathoey can face violence from partners, family, even the police.

Today, the term kathoey is used to cover a broad spectrum of identities. This ranges from gay men that are more effeminate and may take on a persona in performance, not unlike drag shows in the US, to trans women. It is important to note that identifying as kathoey, like other trans identities, is not dependent on the state of the body. Some kathoey undergo hormone therapies and gender confirmation surgeries, others do not. 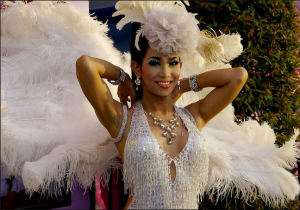 The lifestyle of the kathoey varies as well. Cabaret shows are popular and widespread in Thai culture. The Calypso in Bangkok is said to be where Lady Gaga gained a lot of her inspiration, and the Tiffany has been compared to the Miss Universe of kathoey culture. These cabaret shows include elaborate song and dance routines with elegant costuming. One might be tempted to compare these shows to the drag shows in the US, but in these shows the performers are not just taking on a female persona; many of them identify as women. 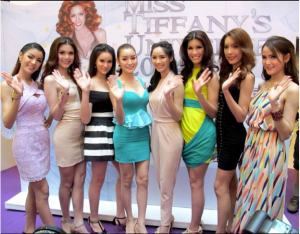 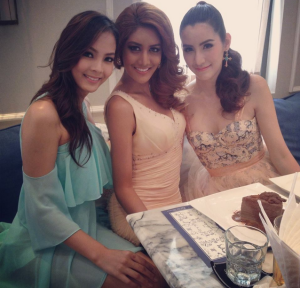 Mostly though, the kathoey live like other Thai people. They work as hair dressers, film makers, sex workers, waitresses, models, and other jobs that you would find any woman. They have romantic relationships and are allowed to marry. Kathoey, like other trans people, are just that. People. 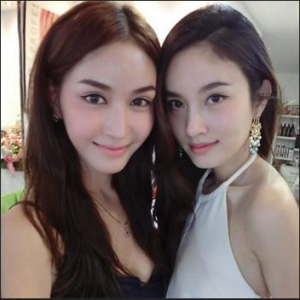 How Does Buddhism Relate And Help To Formulate A Local Understanding Of Transsexuals In Thailand :: Religion Buddhism Gender. (n.d.). Retrieved April 28, 2015, from http://www.123helpme.com/how-does-buddhism-relate-and-help-to-formulate-a-local-understanding-of-transsexuals-in-thailand-view.asp?id=163165

Winter, S. (2002, October 5). Why Are There So Many Kathoey in Thailand? Retrieved April 28, 2015, from http://www.transgenderasia.org/paper_why_are_there_so_many_kathoey.htm